This week´s SOTW concerns a movie where it rains “cats and dogs” and frogs, and a director inspired by a song and a singer-songwriter.

With the success of Boogie Nights (1997), the director Paul Thomas Anderson was given a licence by New Line Cinema to do whatever he wanted for his next film. He realised that “I was in a position I will never ever be in again.” The Head of Production made the deal for Magnolia, allowing Anderson final cut, without even hearing the pitch for the film. The concept was still in its formative stages anyway.

Anderson started to get ideas for Magnolia while editing Boogie Nights. At first he wanted to make something “intimate and small-scale”, which could be shot in 30 days. The title came before he´d written anything, but as the script blossomed he realised that he had the opportunity to put “an epic spin on topics that don’t necessarily get the epic treatment”. He started off with lists of images, words and ideas that “start resolving themselves into sequences, shots and dialogue”, and specific actors came to mind, along with music.

While he was writing the script, he was listening to Aimee Mann´s  first two solo albums, and some unfinished demos for the new album she was working on. He had met Aimee in 1996, and she gave him some rough mixes for songs, and he found that they both wrote about the similar characters. He asked her to write some songs for the movie and sent her a copy of the script. Some of these songs he was listening to were the inspiration for the movie, and a couple, which I´ll come to later were written specifically for it. 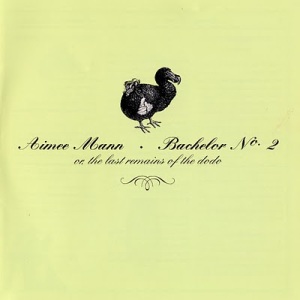 In particular, the song Deathly, from her album Bachelor No. 2 or, the Last Remains of the Dodo contains the lyric “Now that I´ve met you, would you object to never seeing each other again?” This was spoken by Melora Walters´ character Claudia in the film. Claudia´s name also comes from the song.

Anderson has stated that the movie is structured like A Day in the Life by The Beatles, in that “it kind of builds up, note by note, then drops or recedes then builds again.” 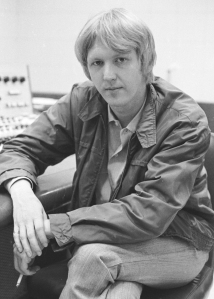 The opening of the movie features Aimee´s great cover of One by Harry Nilsson, who was mentioned in the very first Song of the Week.

I could have done a post on this song, as it´s one of my favourites of his, and her version includes a musical quote from another Nilsson song Together towards the end. Jeez, I might still do that. Anyway, it´s not this week´s SOTW, so let´s move on…

In the film´s climactic scene the characters join in the singing of Mann´s Wise Up, something the actors were initially reluctant to do, until the director had Julianne Moore lead them by example.

Wise Up was originally written for the 1996 movie Jerry Maguire but her record label had refused to release her songs on an album. By the time, Magnolia came along, she had left the label, and would release her next album through her website.

However, neither is this song this week´s song of the week. It´s coming though, I´m getting to that…

As I mentioned earlier, two songs were written especially for the movie, You Do, which was based on a character later cut from the film, and Save Me, which closes it.

I´ll get to the Oscar-losing part, but first the wanna-be musical writer part:

“I think the songs from Guys And Dolls, like “Luck Be A Lady.” It’s such a great song — kind of jazzy, really interesting musical moments, chord changes, melodic changes. And the words are sort of clever and funny, but they also keep to the metaphors of the entire play — all the sort of gambling metaphors, and the relationships between men and women, the guys and dolls, about how people will change when they’re in relationships with each other.”

I love that song too Aimee. Good old Brando.

That exerpt is taken from another WordPress site, where Veronica Slaght of Pop-Break, has done an interview with her. She goes on to talk about writing for characters, which she also discusses in the youtube interview I´ve embedded below.

The song Save Me was nominated for an Academy Award for Best Song and a Grammy, but lost out for the Oscar to Phil Collins´ You´ll Be in My Heart from the Disney movie Tarzan. I made the mistake of listening to it for research purposes. A piece of advice: Don´t.

She´s been known to introduce “Save Me” on stage with the words as “the song that lost an Oscar to Phil Collins and his cartoon monkey love song.” Priceless! 🙂

She finished up runners up in the Grammy Awards for Best Vocal Performance to the uniquely voiced Macy Gray, which must be slightly easier to stomach. Anyway, at least she has a sense of humour about it.

Here´s part 3 of an interview with Aimee talking about the writing process for songs she wrote for the movie, which were a new departure for her writing, with the germ of an idea coming from outside of herself.

“I think it´s just interesting to have like a totally different character or situation that takes you outside yourself, so that you can go ´how would I relate to this?´”

She also talks about a drug addict friend of hers who she based some of the songs on, and life in California.

To my ears the song is about people who feel incapable of loving again, like the “girl in the tourniquet”, who´s been hurt before. The character it seems to be written about is Claudia Wilson Gator (Melora´s character) who´s been damaged by her relationship with her father and wanders through a life of loneliness avoiding connections with people. She meets her “superman” the policeman (John C Reilly) “a perfect fit” who she hopes will save her from “the ranks of the freaks” who don´t believe love is possible or who can only love another emotional basket case like themselves. She wants to jump back into life, and love this kind-hearted man,  but because she´s been burned before, she´s reluctant.

All the characters in the movie are searching for some happiness, forgiveness or meaning, and each of them is connected even if they turn away from each other, so it makes sense that they take turns singing Wise Up towards the end of the movie, because they´re not just linked by their inter-relationships; in spite of the different egos they´ve built up to defend themselves from the world, they all share a common humanity.

However the characters aren´t at peace, because they haven´t forgiven themselves or their parents. It sounds bleak when she sings “give up”, but it doesn´t necessarily mean to quit the relationships that have been so abusive and destructive, but to surrender control, to let go of the hurt and the blame. To forgive, accept, move on, and start to like yourself again. It´s difficult to “wise up” when it comes to relationships, because a part of us wants to hold on to the hurt, but the fact that all the characters sing in unison, brings a redemptive quality.

The soundtrack was released in 1999, and several of the songs, including Save Me were also released on the European edition of Bachelor No. 2 in 2000.

The music video features Aimee performing the song sitting beside the characters inside the sets for the movie. You might be wondering what kind of trick photography they used to get Aimee into the movie. Or you might not. Anderson simply asked all the actors to remain on set after filming days and filmed Ms Mann singing around them.

As for the rain of frogs, which was inspired by the works of Charles Fort, well, seeing something that strange can put everything else in perspective. Sometimes, we need something mysterious to shake us out of our stupour.

There´s the famous case of Carl G. Jung´s highly educated intelligent patient who had been resisting dealing with feelings and emotions. She tells him of her dream of a gift of a costly piece of jewellery, a golden scarab, when at that very moment a scarab beetle came to the window and Jung caught it in his hand, and presented it to the patient saying “here is your scarab!” It was a moment of mystery that allowed the woman to entertain the possibility of the irrational, a chance mystery that she could not explain. The scarab, an Egyptian symbol for rebirth allowed Jung believed that these synchronicities had significance, that they were the universe participating in the human search for meaning.

The western world today can be thought of as very similar to the patient´s rational disposition. We believe that all our problems can be solved with rational thought, with materialism, and that science and technology will come to our aid, but it´s not what we turn to when there are times of personal crisis, we turn to others, and some turn to religion.

Back to the frogs. The frogs in Magnolia are something similar to the scarab beetle in Jung´s story. They suspend the disbelief for a moment. It´s like the zen concept of confounding the intellect with momentary confusion. That zen-like state is what all the characters share when their egos are momentarily short circuited. Jung´s collective unconscious.

Sometimes it really does rain small animals. It´s a rare natural phenomenon. There are documented cases. Anderson wasn´t aware of the link with the Old Testament when he first wrote the sequence.  It comes from Exodus; the rain of frogs is one of the plagues that are set upon Egypt as God tries to convince the Pharaoh to release the Israelites from enslavement. And most of the characters in Magnolia are in a prison of their own making.

The rest of the movie would seem to be irreligious, with clever people who are spiritually redundant, but there is just one character who could be considered devout, the police officer Jim Kurring. However he´s comically portrayed as a simpleton whose faith seems to be dependent on receiving favourable treatment from God. And that character is the one that Claudia wants to be saved by. One way of looking at the rain of frogs is that an Old Testament style God intervenes to awake the characters from their spiritual slumber for a brief moment. But on the other hand, it could just be a freak natural event, devoid of meaning.

Anyway here´s the filmmakers take on it:

He said when he first came across the notion he was “going through a weird, personal time” and he began to understand “why people turn to religion in times of trouble, and maybe my form of finding religion was reading about rains of frogs and realizing that makes sense to me somehow.”

Incidentally, I´m not religious either.

So, if you haven´t already seen Magnolia, check it out. You won´t regret it. Anderson said of it:

“I really feel… That Magnolia is, for better or worse, the best movie I’ll ever make.”

… and the soundtrack isn´t half bad either!