“I had this incredible sense of a bright light, a flash and then I woke up about half an hour later 20 feet away from where I was struck by lightning… I was a lucky boy. And the lightning, it was what they call a splash hit, it… went down my left arm, down my left leg… if it’d come down the middle then I probably wouldn’t be talking to you today… I’d be somewhere else.”

This week´s Song of the Week tells it´s own story. Not much left for me to say. Just had to share it…

Ray Winstone, the English actor, was struck by lightning in 1974 as a teenager.

“At that age of 17, I was just starting drama school in Hammersmith. My life was changing anyway. But I didn´t realise then… that it was almost like one life ended and a new life started for me. It makes you think how beautiful and how wonderful life is. That´s why every day to me is a very special day where I look at my kids or I look in the garden and I see the rabbits running around or I see a Monkjack Deer or I see birds and I like gardening, I like my own fruit and veg, you know I like doing that, I like taking time on it, I like travelling, I like seeing the world.”

Unkle are a British group who started in 1994, formed by school friends James Lavelle and Tim Goldsworthy. They worked with DJ Shadow for their debut album Psyence Fiction in 1998 and have collaborated with artists such as Money Mark & Mike D from the Beastie Boys, Ian Brown & Mani from the Stone Roses, Thom Yorke, Jason Newsted from Metallica,  Badly Drawn Boy, Richard Ashcroft from The Verve, Josh Homme from the Verve, Robert Del Naja from Massive Attack, Ian Astbury of The Cult, The Black Angels, Mark Lanegan and Nick Cave among others. 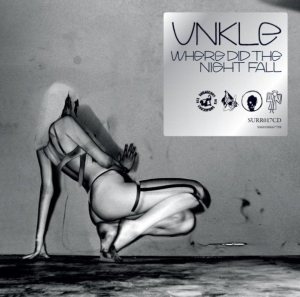 The Answer is a track on their fifth and most recent studio album Where Did the Night Fall (2010) and the video was made by John Hillcoat, the director of The Road.
Once again this video is awesome in the original sense of the word. Some breath-taking images, a great commentary and a perfect soundtrack. “It´s beautiful. Absolutely beautiful. “
Prepare to be dazzled…
“My life was forever changed. One life had ended, and a new life had begun. There´s a million wonders in this world:  from a new born baby to the great barrier reef. It´s beautiful, marvelous, stunning, gorgeous, electric, wonderful…”
There´s a second video for the song,  directed by Ross Cairns, just featuring the music…